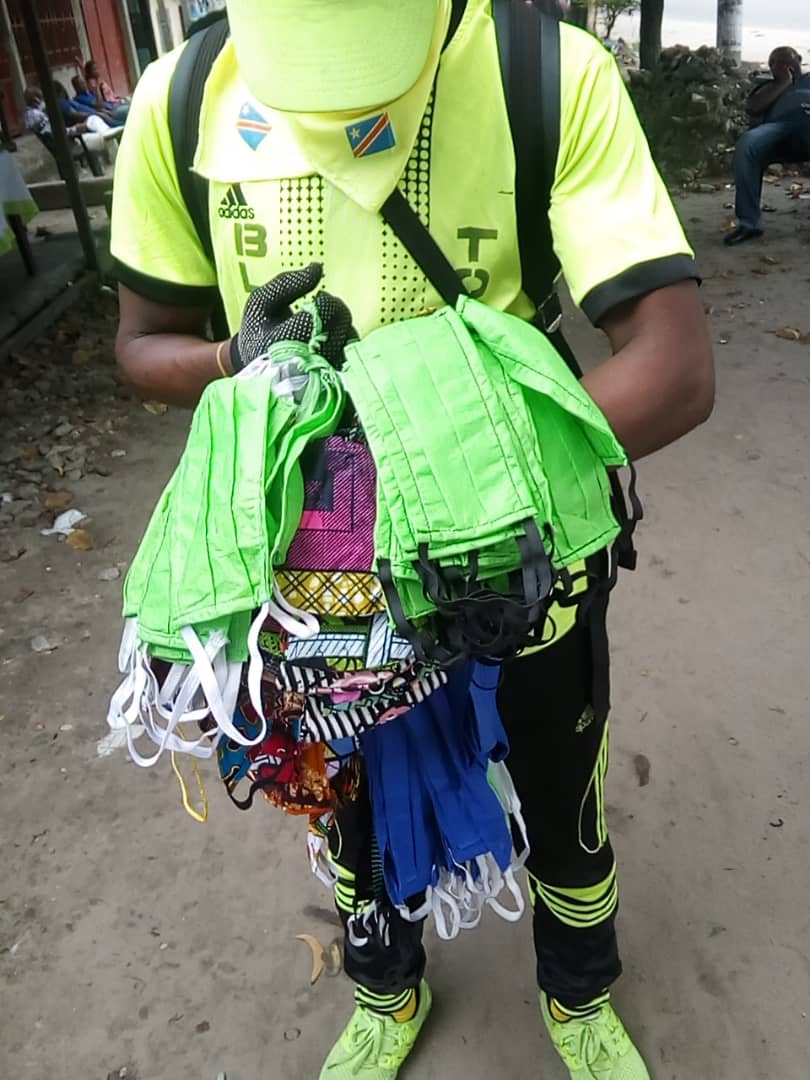 After the cancellation of the decision on the total confinement of the city of Kinshasa, only the commune of La Gombe has been confined since 6 April. A second proposal will come from the governor of Kinshasa City Province, Gentily Ngobila Mbaka, to confine the communes of Kintambo and Limete, followed by a curfew from 8:00 pm to 5:00 am, as proposed by the covid-19 response team. However, the governor’s move was not supported by the central government. Who to follow between the response team and the central government?

Meanwhile, the governor is multiplying strategies, including the mandatory wearing of masks in public places in Kinshasa, starting Wednesday, April 22. Offenders will pay a fine of 5,000 FC (€2.50). The police are called upon to enforce the measure. The population is concerned about the blunders of the police elements. “With this decision of the masks, the governor of the city has just created a new conflict between the police and the population. A less professional police force that will certainly take advantage of this opportunity to extort the population,” said a Kinshasa resident.

From concern to business opportunity. In pharmacies, masks are sold for between 1500 FC (€0.80) and 5000 FC. Difficult to get them because not everyone has the same opportunity. Fashion designers take the opportunity to make and sell masks in cotton, nylon, silk… at 500 FC (€ 0,25) and 1000 FC. Everyone makes it in his own way and sells it without packaging in the dusty streets of Kinshasa. Instead of winning, onlookers tear masks off people’s faces and sell them.

In Masina, a hot commune in the city nicknamed Chine populaire, a large part of the population still does not believe in the Covid – 19 pandemic. This is where the police sign their first blunder. It is Wednesday, April 22nd, 9 o’clock in the morning when the police arrest for not wearing a mask, a young boy posted in front of their plot, sis luasa n°2, in the Mafuta Kizola district. After failing to charge the young man 5,000 Congolese francs, the policeman ended up trying to apply force to take him by force to the police station. Without success! Immediately, the population intervenes and interferes. A misunderstanding was created. It was then that this policeman opened fire and shot at close range and killed a young man who was opposing the departure of his friend. The police officer was overpowered by his colleagues and taken to the police station. “The police officer himself did not wear a mask,” said a woman we found at the crime scene.

How can you kill a person for not wearing a mask? This umpteenth blunder calls into question the criteria for enlisting in the police force. The circulation with weapons of war by police officers in Kinshasa often creates blunders. The police must work together with the population to fight this pandemic.

It is up to the public authority to reinforce measures to deal with the stubbornness of the population and the blunders of law enforcement officers on duty to ensure that the decisions of the hierarchy are respected. With the resurgence of cases of disease and the rapid spread of this COVID-19 pandemic, Kinshasa risks sinking into a disaster that does not say its name, if it is not watched over.

Cultural operator and technician in gender and development.
Volunteer youth leader and teacher (head of works) at the Faculty Institute of Development (University of the Archdiocese of Kinshasa) and Issd (Higher Institute of Health Sciences and Development) in Kongo.
Director of the ecological theatre festival Festivert and coordinator of the Cartel of Artists Civic Educators (Carec).