Youth Delegates to the United Nations at V4T@Dakar

Elian Yahye and Sahar Afzal are the youth representatives of the Netherlands in the United Nations. They participated in V4T@Dakar to disseminate the mission of the UN and to connect to the youth.

At the V4T@Dakar festival (Senegal, 16 to 18 November 2017), we gave a workshop about Resolution 2250, the only resolution on youth by the Security Council. We wanted to see if the text of the document reflected the situation of young people in the Sahel, and more importantly if they could use the document as a tool to foster their work on the field of prevention of violent extremism and conflict resolution. Could a difficult, and sometimes abstract, document like Resolution 2250 really make an impact? All this was discussed in a small room at the Guediwaye Hip Hop Center in Dakar, with young people from all over the Sahel and from various backgrounds. 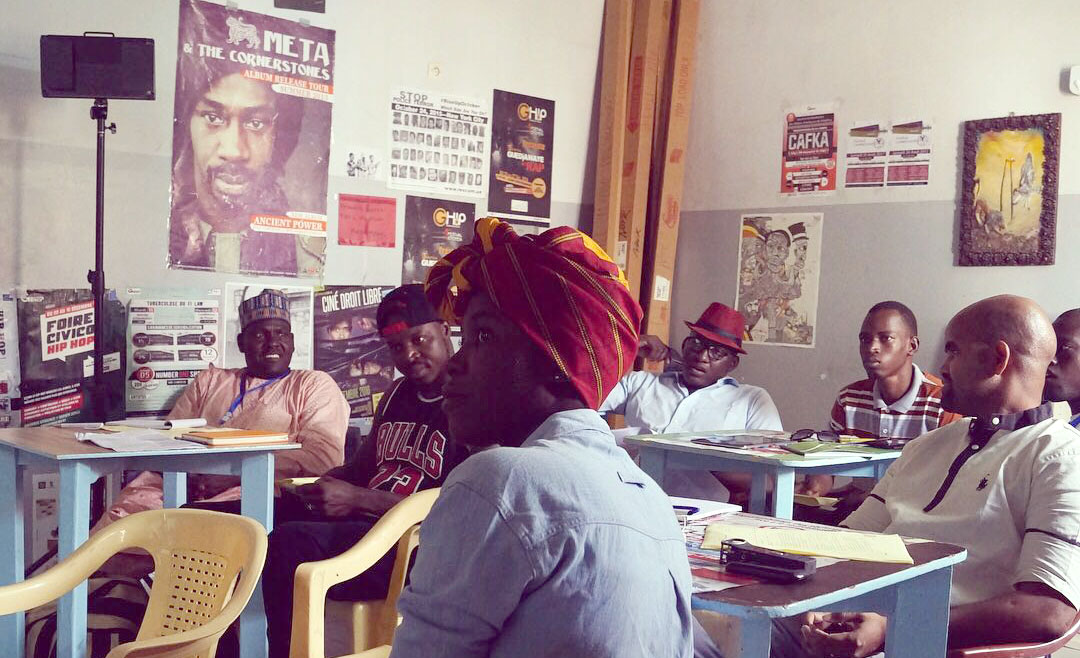 We started the atelier by giving some background information on the United Nations, the Security Council (UNSCR) and UNSCR Resolutions in general. After this we did a small thought exercise: if we had to write a resolution on Youth, Peace and Security, which issues should definitely be in this document?

We first heard about the different problems that were prevalent in the Sahel region, like terrorism, human trafficking  and drug trafficking. When we discussed the root causes of these problems it became apparent that there was a direct link with poverty in the region, lack of opportunities for young people and the absence of education. It was clear that issues of security and safety could not be seen separately from development, and every attempt to tackle existing problems should always have a direct link to the improvement of living conditions of young people.

A more practical answer to the question about root causes was that ‘young people often do not have enough means to enjoy themselves’. It might seem odd, but if you invest in a strong social community, where young people learn to establish healthy friendships and develop interests in different skills and hobbies (like arts and making music), you actually make young people more resilient to extremist and violent ideas. The Guediwaye Hip Hop Center is a good example of this: positive hip hop as an antidote for extremism.

Another important point that was raised during the workshop was the fact that a resolution on peace and security should also address the differences between rural and urban areas. Gang violence in large cities like Dakar is very different from conflicts concerning cattle and resources in rural parts of Sub-Sahar Africa. And widening inequalities between the city and the village also provided an important dimension in itself, resulting in migration and the movement of peoples. While we in European countries often like to call migration a ‘global problem’, most migration is actually not inter-continental, but happens inside Africa itself. Urbanization plays a key-role in this, which is why it should definitely be a part of every discussion concerning safety & security. 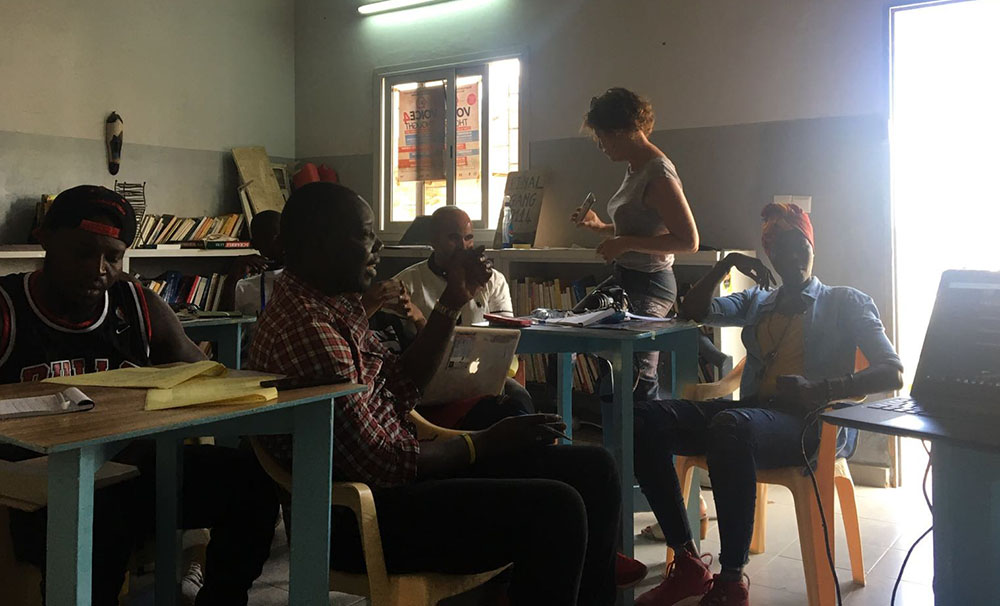 In the second part of the atelier we focused on the resolution itself; what did the participants of the festival think about the recommendations of the resolution? While they were in general very happy with the message of the resolution and agreed with the things that were being stated – even though some aspects were missing – there was also some skepticism.

There were especially some remarks on the part of youth inclusion. What many of the participants saw in their countries was that ‘youth participation’ was a trendy and popular word, but unfortunately often limited to campaign slogans and promises. There were ways in which youth could become politically active and socially engaged, but mostly through established structures like the political parties. These were still very hierarchical and dominated by the older generations, young members often functioned as mouthpieces.

A large part of the youth population remained under-represented, especially those who weren’t part of the official channels, like the parties and national youth councils .

Unfortunately UN-documents like resolution 2250 often didn’t find their way to these young people (most of the participants had never even heard of this specific resolution). This resulted in the main advice: in order for these documents and resolutions to be relevant they should be accessible to the general public. This also meant that the UN should try to go off the beaten track a bit more often and focus less on official frameworks and institutions: since in the end tangible difference is being made on the ground, by independent youth initiatives like the Guediwaye Hip Hop Center. If the UN fails to involve them, a document like Resolution 2250 becomes just an addition to the gigantic pile of paperwork the UN is already known for. Rappers are known for the skill to breathe life and energy in written text, let’s give them the benefit of the doubt.