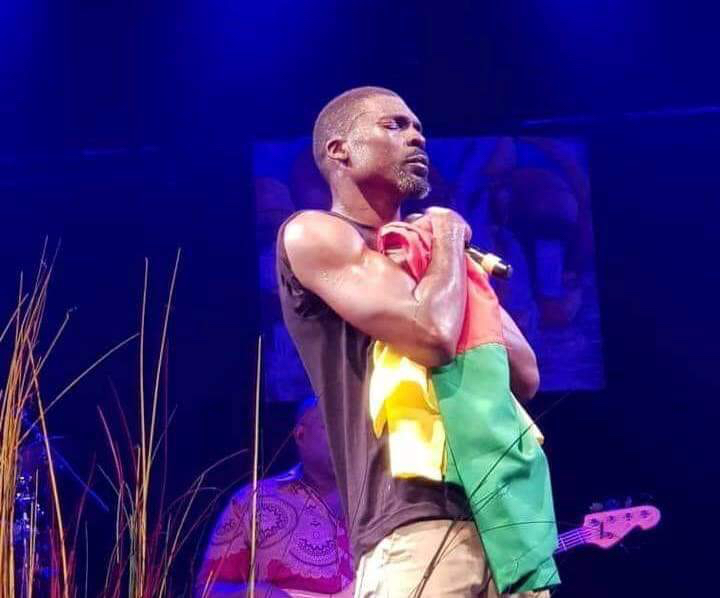 Valsero, real name Gaston Philippe Abe Abe, was born on the 12th of September 1975 in Marseille. After a so to speak normal childhood between the concrete buildings of the old harbour, Valsero arrived in Cameroon in 1987 and settled with his father in the capital city, Yaounde.

He started rapping in 1990 with his first group, Ultimatum, and in 2008 his first solo album, “Politiquement Instable”, was released. This album had an unexpected effect, as the Cameroonian youth started looking at him as a leader: young, strong, brave and charismatic.
Valsero sees himself as a political rapper, who attacks and denounces the way the president Paul Biya, who has held the power for 23 years now, runs the country. For his songs, “Çe pays tue les jeunes” (“This country kills the youth”), “Ne me parlez plus de ce pays” (“Don’t talk about this country to me anymore”) or the well-known “Lettre au president” (“Letter to the President”) he earned both the anger of the regime and the love and respect of his audience. Although Valsero was detained in several occasions and many of his concerts are forbidden, his album encountered a big success, which continued in 2009 with the release of the song “Répond”. In 2010 his second album, “Autopsie d’un crime d’état” was released, followed by his third album , “L’appel du peuple”, in 2011.

Valsero is also running a campaign of mobilisation and sensitisation of the youth with his association Jeune et Fort (Young and Strong) which promotes education to citizenship, democracy and electoral culture. In 2007 he launched the campaign “Va voter” (“Go vote”) that became in 2011 “Je vote donc j’ existe” (“I vote, I am”). In 2012 and 2013 he started a struggle against AIDS with the campaign “Je l’ai fait et toi…” (“I did it and you …”) in schools. He collaborated with artists such as Manu Dibango Fally Ipuba, Alpha Blondie, Tiken Jah, and French rappers La Fouine, Soprano, Kery James. Valsero has also an interest in cinema. He played a role in “Le president”, by Jean Pierre Bekolo and has recently finished a documentary movie with the title “Du Piment sur les levres” (“Chili pepper on the lips”).

His last album, “Intensité” , was released in 2015. In the same year, he took part in a live album of hip-hop and jazz with the collective of German-Cameroonian musicians Seven Hill.