A star has faded…

A star has faded... It is with a profound sadness that we received this solemn news. Our dear colleague, Marie-Soleil Frère, professor at the ULB and research director of the (Belgian) National Fund for Scientific Research passed away on Thursday, March 19, 2021.

Marie-Soleil was among the first to work with us on the Voice4Thought method. The research team behind our foundation met Marie-Soleil in 2013, during the first seminar we organized on media and conflict experience in Central Africa. Her work had already captivated us, but at this occasion, the team was charmed by her warm personality: Her competence, her dedication to her work and especially to the people behind this work (African and European colleagues, students, numerous informants, collaborators). That first seminar was only the first page of a long and inspiring friendship between Marie-Soleil and the members of the Connecting in Times of Duress and Voice4Thought teams. In the years that followed, she participated in many of our activities. She participated in our first exchanges between academics and artists, for example when she invited Didier Lalaye, the Chadian slammer and director of our academy in Mali, for a discussion on the national radio of Belgium. Our appreciation and friendship grew from there. In fact, we recognized her as a kindred spirit. Long before us, Marie-Soleil had combined art and academy with her life partner Etienne Minoungou. This couple served as an example. 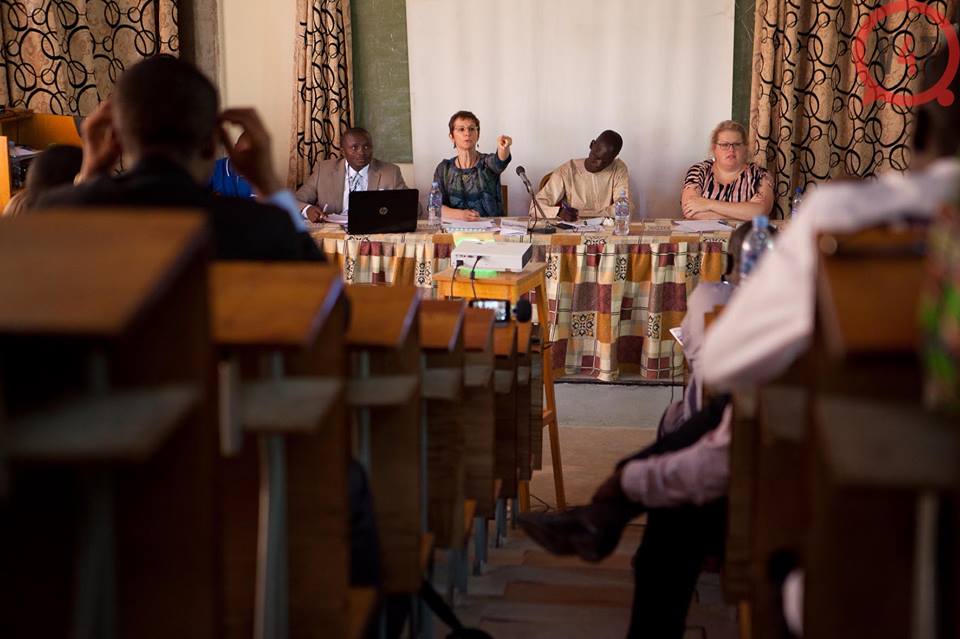 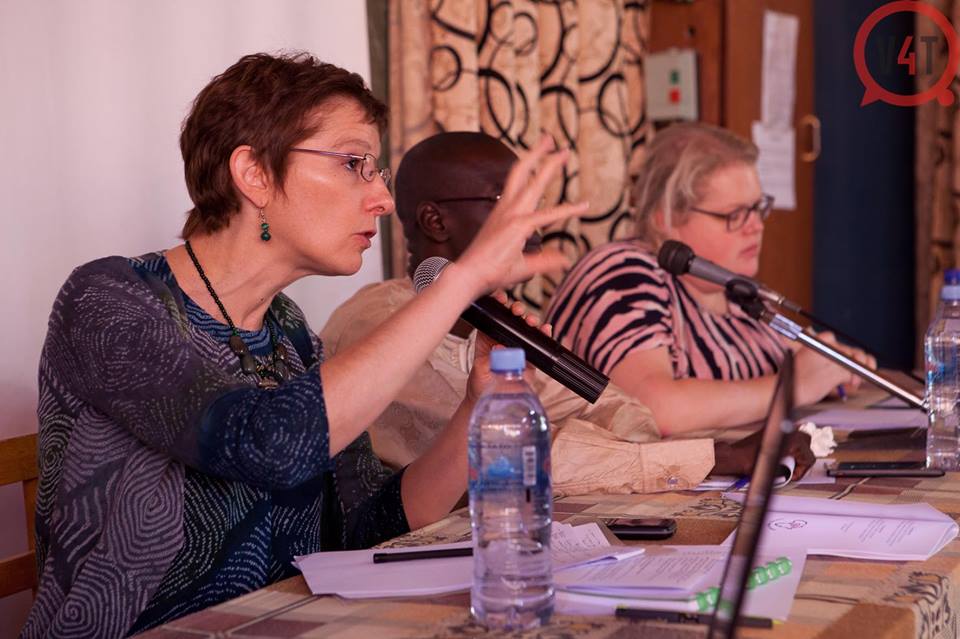 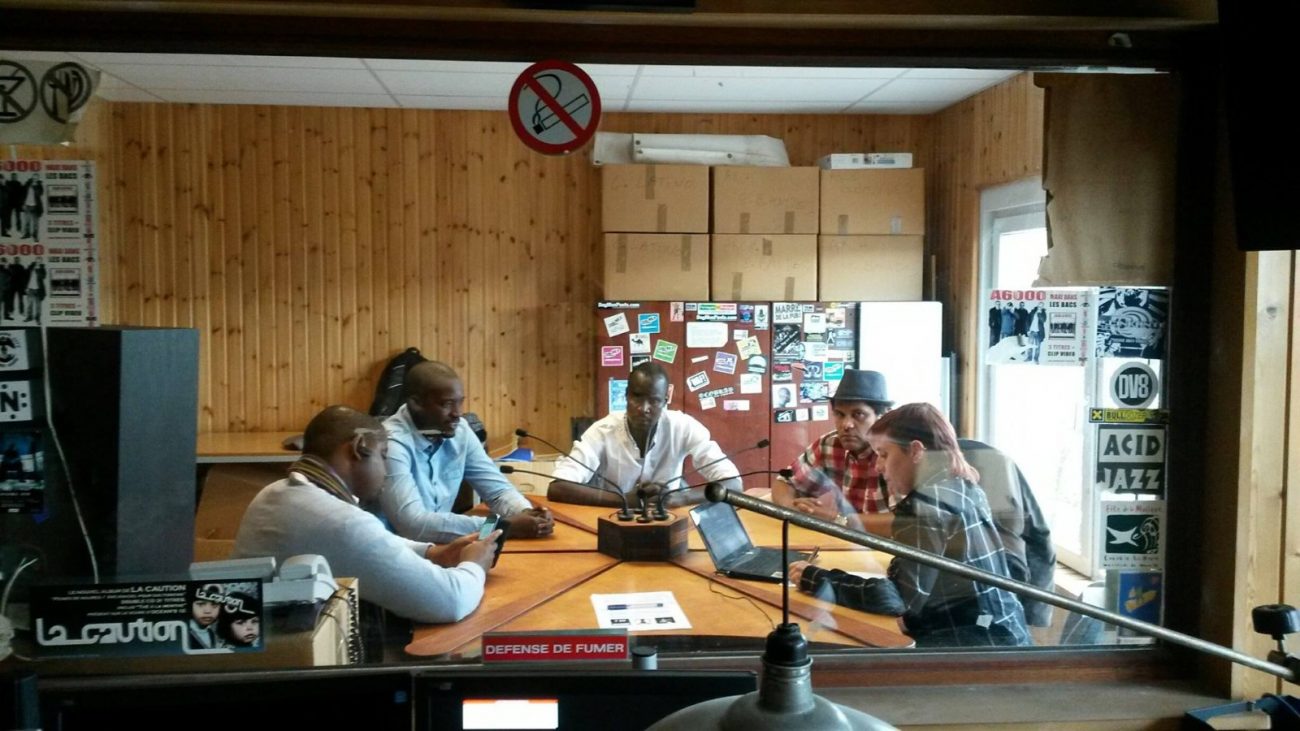 Discussion at the national radio of Belgium with Didier Lalaye, 2016. © Marie-Soleil

But it was not only in her writings and during seminars, conferences or media exchanges that we found Marie-Soleil. A part of her was also scattered in the memories of the people we met during our research in Central Africa, which she crisscrossed, leaving traces in several countries. It was in Bangui (Central African Republic), for example, that Catherina found her in the memories of the journalists of the Central African weekly newspaper "Le Confidentiel". In August 2013, when the newspaper's offices had been looted, Prospert Yaka, showing what was left of the archives, remembered the work that Marie-Soleil had put into them a few years earlier by filing documents together with the journalists of Le Confidentiel. In this office with blue painted walls, the spirit of Marie-Soleil was still present. A spirit of sharing, of giving herself to others, of giving up her time to humid files. Many would not have the same.

In those years, two events shook Marie-Soleil. The first was the Balai Citoyen revolutionary movement in Burkina Faso in late 2014 and the second was the political crisis in Burundi in 2015. In the months that followed, Marie-Soleil was committed to reporting on the evolution of these events, and closely followed the journey of journalists who were forced to leave their countries (especially in the case of Burundi). 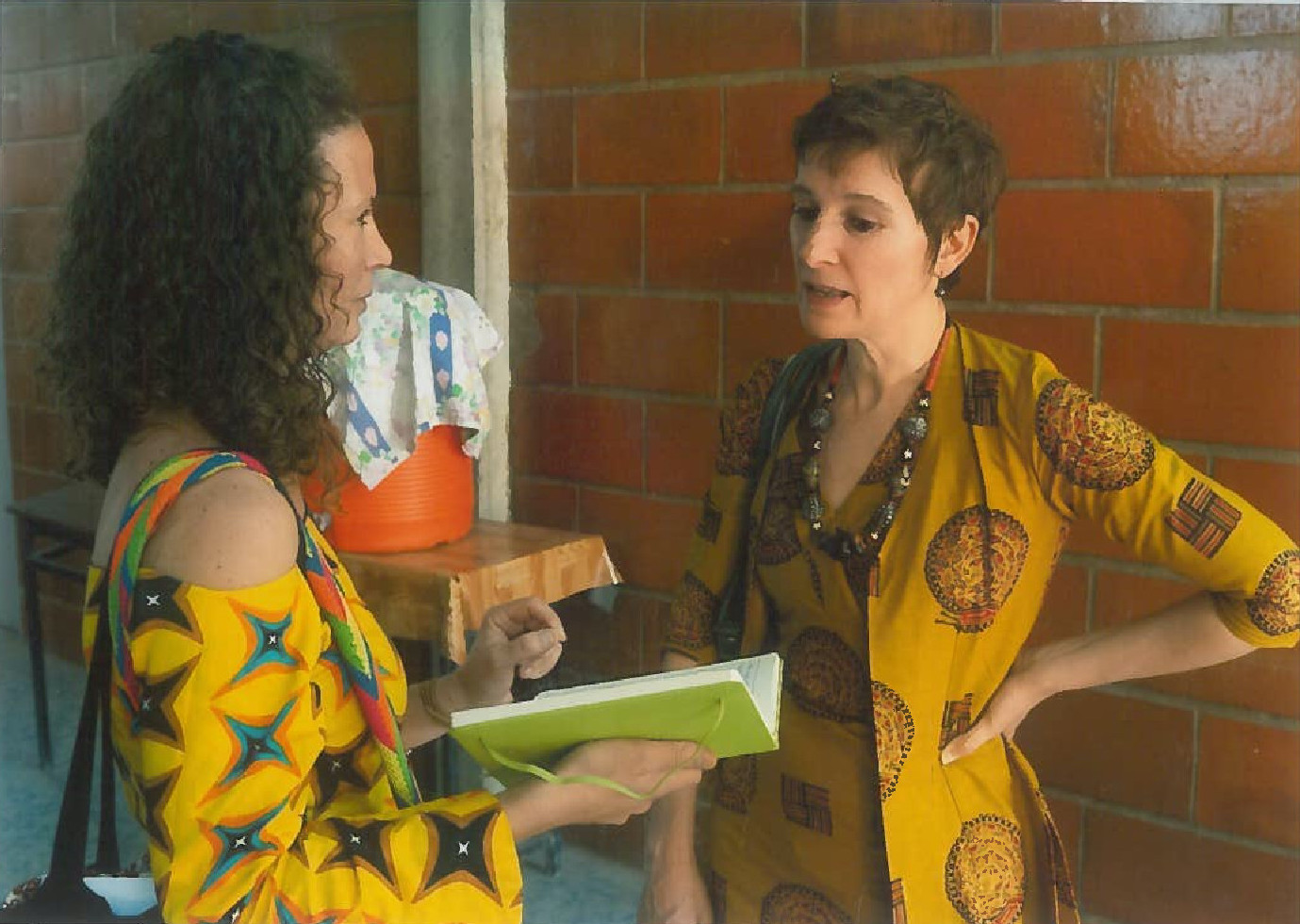 Meanwhile, Marie-Soleil continued to visit us in Leiden. Always present, always available, she committed to chair the presentation of the book "Tempête sur Bangui" by Central African cartoonist Didier Kassaï in December 2015. For this last occasion, Pacôme Pabandji, a young Central African journalist and, at the time, a student at the École Supérieure de Journalisme in Lille, was also one of the guests. He confided to us that his teachers had given him permission to miss classes because he would be participating in a seminar with Marie-Soleil, otherwise he could not have come. Indeed, we understood that Lillois admired Marie-Soleil too.

Comes October 2017, during the final conference of the project in N'Djaména, a marriage between the festival Ndjam s'enflamme en Slam and Voice4Thought. Marie-Soleil engaged with all the researchers, artists and bloggers to discuss the definition, and above all the translation into French, of the concept duress, an exercise that took us several years: “no it is not distress,” argued Marie-Soleil, “distress is external while duress is not.” Every day dressed in a West African style fabric, Marie-Soleil participated in all activities, academic panels and artistic evenings; interested, willing, improvising where necessary (such was the case during the debate on the CFA Franc under the mango tree at the French Institute).

We learned a lot from you Marie-Soleil, meticulous in your work, always emphasizing the importance of relationships with others. And with a big heart for artistic expression. Thank you Marie-Soleil for inspiring us, for being a human example in an often too rigid academic path! 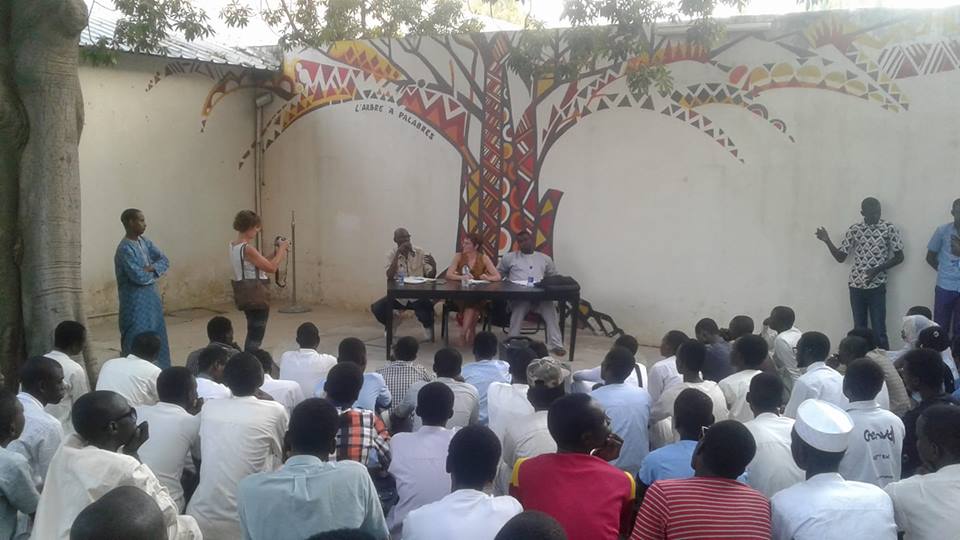 At the request of Marie-Soleil, a fund was created in January 2021. Regards sur l'Afrique aims "to grant financial aid to ULB master's students in journalism who wish to spend time in Africa to carry out a journalistic project (print, radio, television, web, photo) or research, as part of their thesis". Those who wish to honor her memory can make a donation on the external general account of the ULB: BE79 2100 4294 0033 (with in communication: DON - 5F03Y000186).